Come to Tromso in Norway
and winds with us beautiful northern lights. 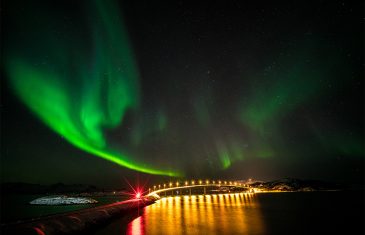 Join our 5-7 hours northern lights chase. We will take you out of Tromsø to... 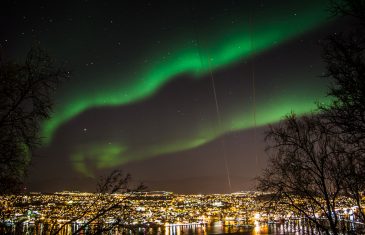 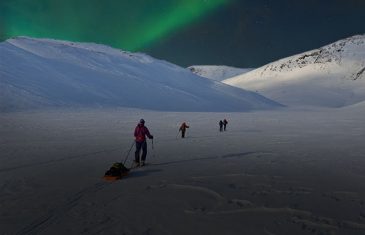 Cross country skiing is often done as a "walking tour on skiis" on tracks varying... 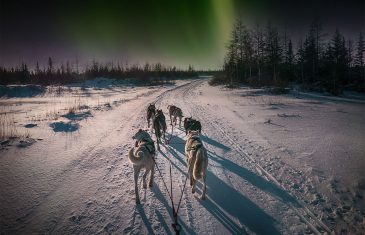 Dog sleds are sleds pulled on the snow by a team of well-trained husky dogs.... 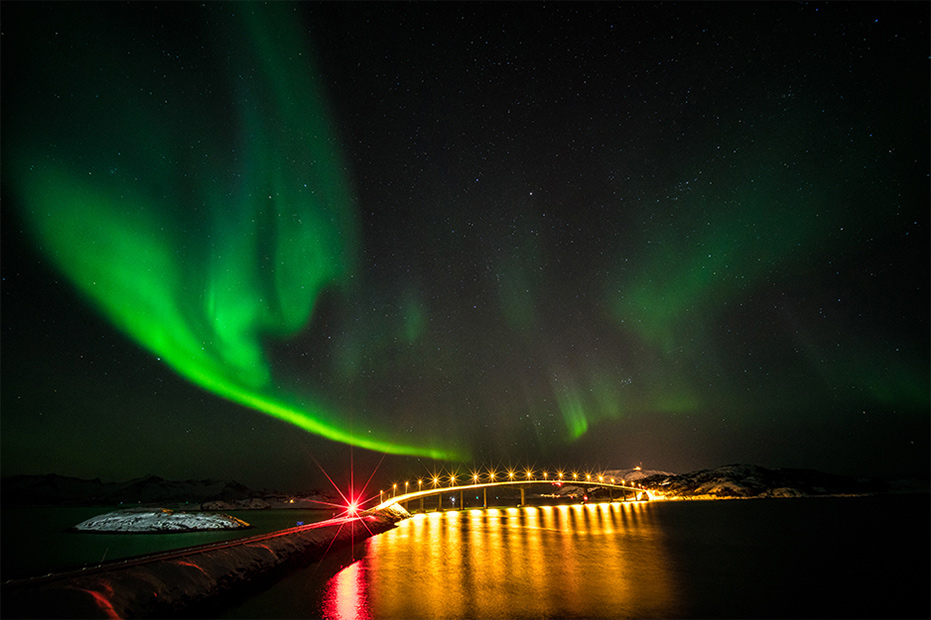 Join our 5-7 hours northern lights chase. We will take you out of Tromsø to find the perfect aurora conditions: darkness and clear skies. While our four-wheel drive van perfectly manages the icy roads a local guide will fill you in on aurora facts and myths and will teach you how to photograph the northern lights.
Groups are small and we try to keep away from mass tourism. When we arrive at the right spot we will camp by a bonfire where we serve a warm meal and hot drinks; vegetarian and gluten free options available on request. Thermal dresses and tripods are available too. Venture into the Arctic with us and may Aurora be with you! We also organise Tromso tour, cross country skiing and dog sleds.

What is the northern lights?:

A light phenomenon observed in the upper layer of the atmosphere close to the magnetic poles.

It appears in the higher latitudes, mostly into the polar circles. However, in favourable conditions it can be seen as far as the 50 degrees latitude North or South.

Aurora is one of the seven nature wonders. It appears mostly within the polar circles in the areas around Earth's magnetic poles.

Tromsø is located in the centre of such an area and together with its scenery and easy flight connections it provides the best conditions to hunt the northern lights.

Aurora is a light spectacle appearing on a night sky in shapes of curtains, ribbons, arches and rays coming down vertically above the observers' heads. One can interpret some of her appearances as snakes, dragons or angels.
Sometimes it is static, at other times it dances on the sky with unbelievable speeds, changing shapes and colours. Most often it is fluorescent green, sometimes with a touch of pink, purple, violet and blue. It is best to experience it in a dark place, far from city lights and necessarily on a clear sky.

On our tour we will take you to the right spots and we will chase the clear sky by driving even 200km one way.

We will take care of your comfort and safety - we have experience in that.
It is an unforgettable experience to see the northern lights, a fascinating encounter with nature, seeing the world from another perspective. Your photo with the Aurora will be a priceless souvenir.

Get acquainted with our northern lights chase tours, it can be the adventure of your life! 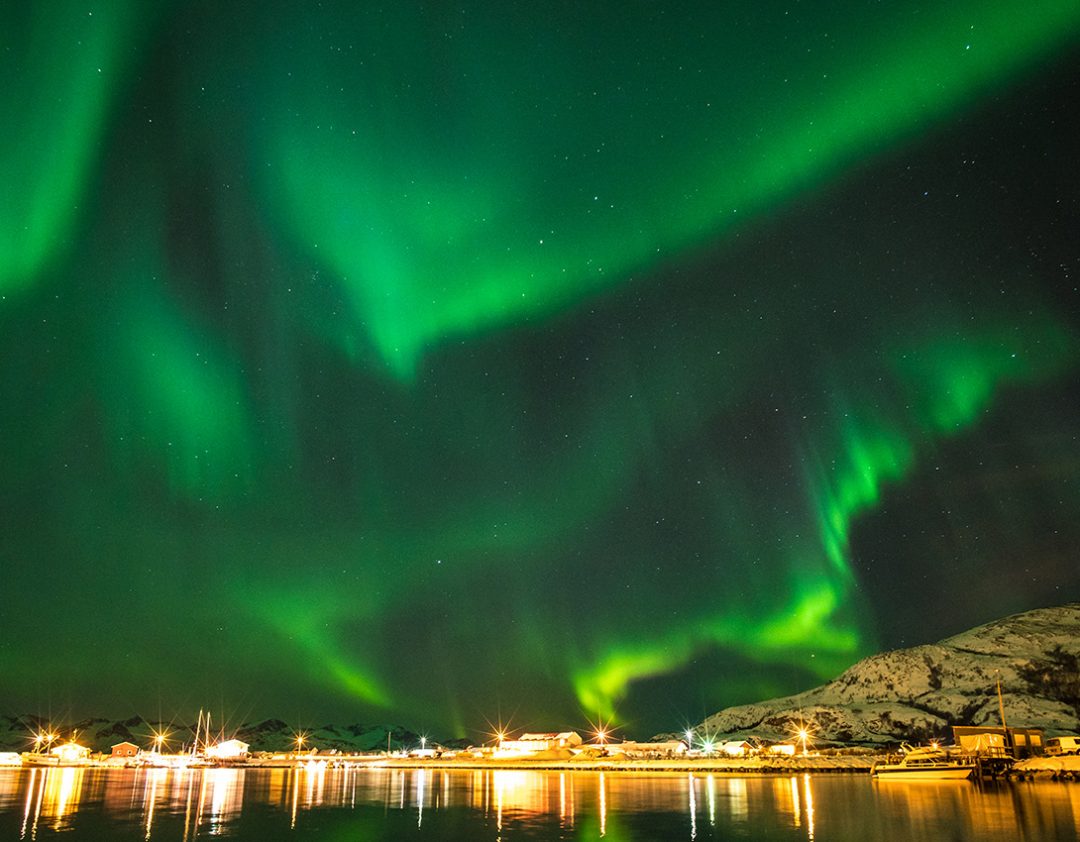 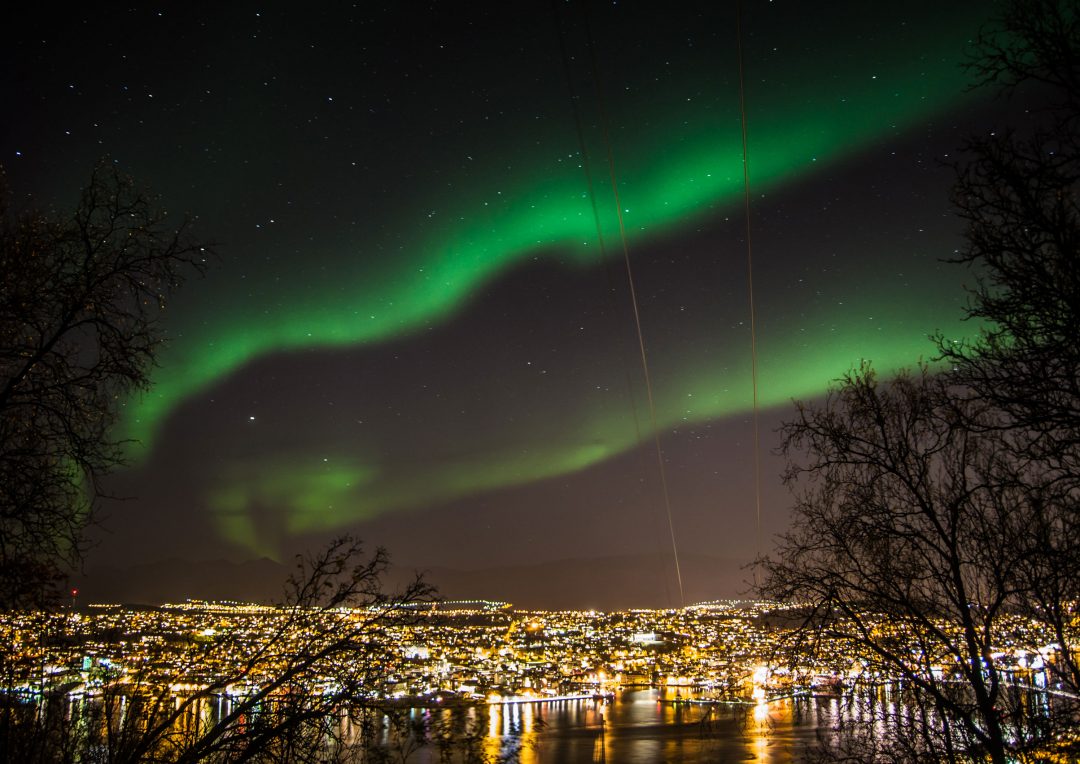 Gate to Arctic – Tromso Fjord's Tour
There are places in the world that are breathtaking. One of such places is northern Norway near Tromsø. Rocky mountains, fjords - deeply cutting into the land, sandy beaches, charming Norwegian villages, rich flora and fauna - this is what the gates to the Arctic look like. With love and passion for Nature, we would like to show you all this. We'll take you on a sightseeing tour where our guide will show you the most beautiful places in the Tromso area and tell some interesting facts about the region. During the tour, we will take a few breaks that will allow us to draw in arctic air, take pictures and drink hot chocolate / coffee in a magical scenery with mountains and fjords in the background. With a bit of luck, we can meet numerous reindeer and other Arctic animals such as moose, foxes, birds. 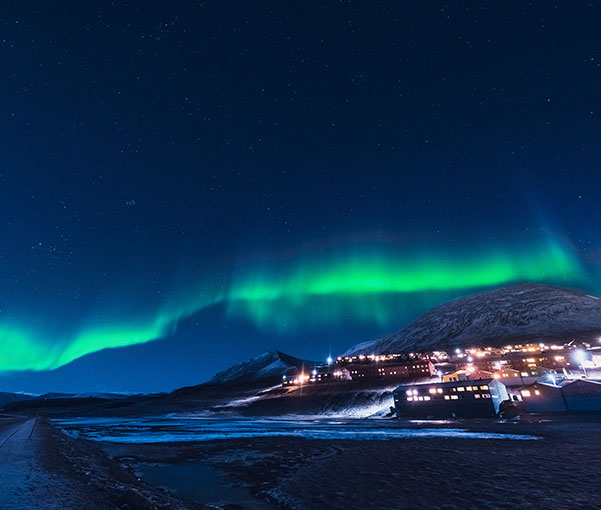 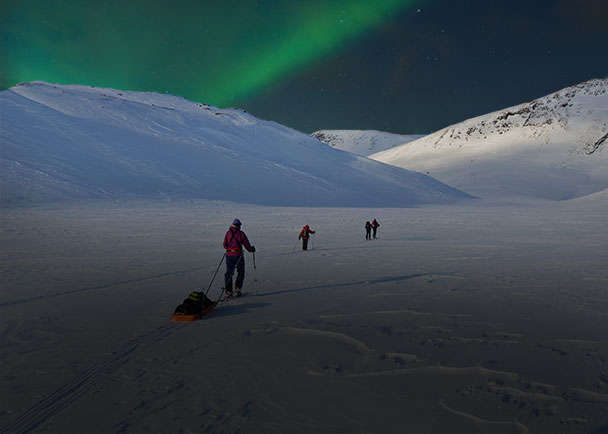 Cross country skiing is often done as a "walking tour on skiis" on tracks varying in length and difficculty level. Some skiers cover longer routes using tents and expedition equipment while others run short distances on prepared tracks.
Crosscountry skiing is one of the more difficult fields of sport, engaging all main muscle groups. Together with paddling and swimming, it burns most calories per hour. The paths we offer in Tromsø are scenic and vary in difficulty, so everyone will find something for themselves. Scenic landscapes, crispy clear air and proximity to nature – this is what it is all about. 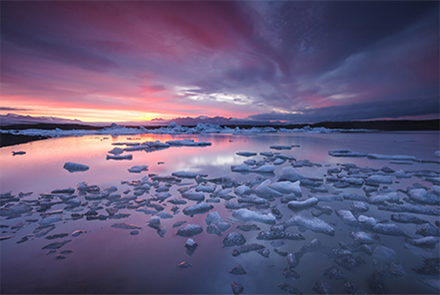 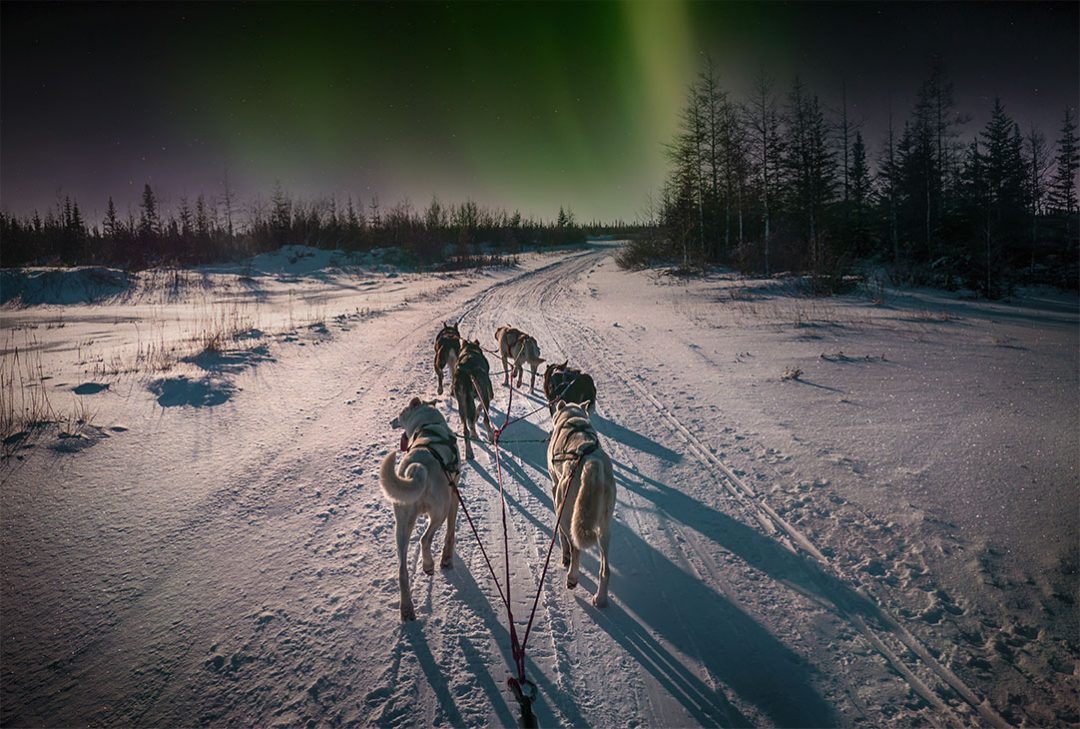 Dog sleds are sleds pulled on the snow by a team of well-trained husky dogs. In the past dog sledding was an important means of transport of people and goods in Siberia, Alaska, in the Arctic and Antarctic. Thanks to the dog sleds Roald Amundsen, the most famous polar explorer, won the race to the South Pole!
In Tromsø you can not only see Amundsen's sleds in the Polar Museum, but you can experience going on a real dog sled ride yourself, make four-legged husky friends and play with the puppies! Arctic nature, fresh air, frosty landscapes, snow, silence and you... Choose an hour drive or 1-, 2-, or 5-day expedition during which you sleep in tents, fish your dinner in an ice hole, and what is best, you do not need to have prior experience to do that. Doesn't it sound like a marvelous adventure? 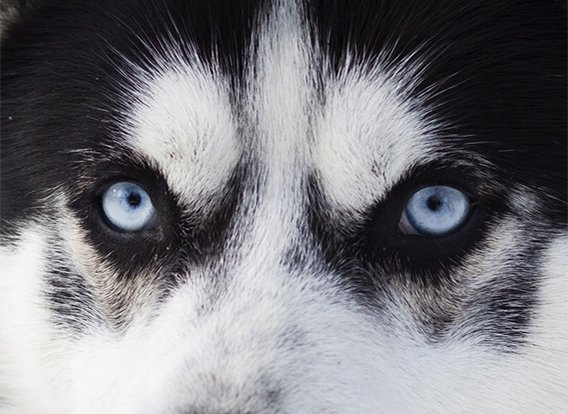 option to extend your trip 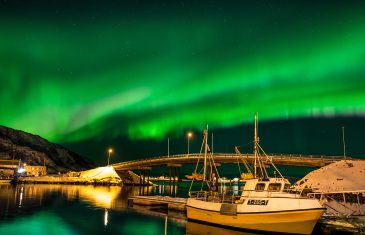 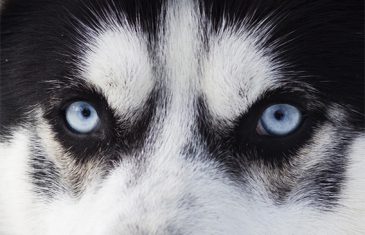 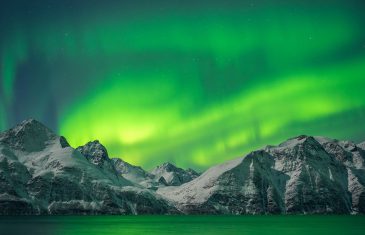 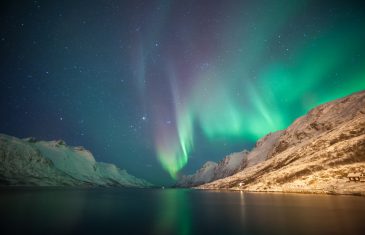 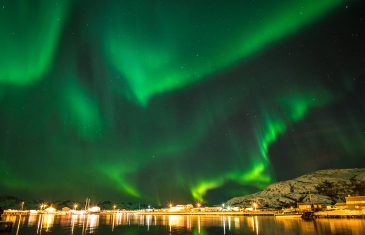 Please be advised that our online store uses cookies technology and at the same time does not automatically collect any information, except for the information contained in these files (so-called "cookies"). If you disagree, change your browser settings. Learn more. Be sure to also read the information clause on the processing of personal data.